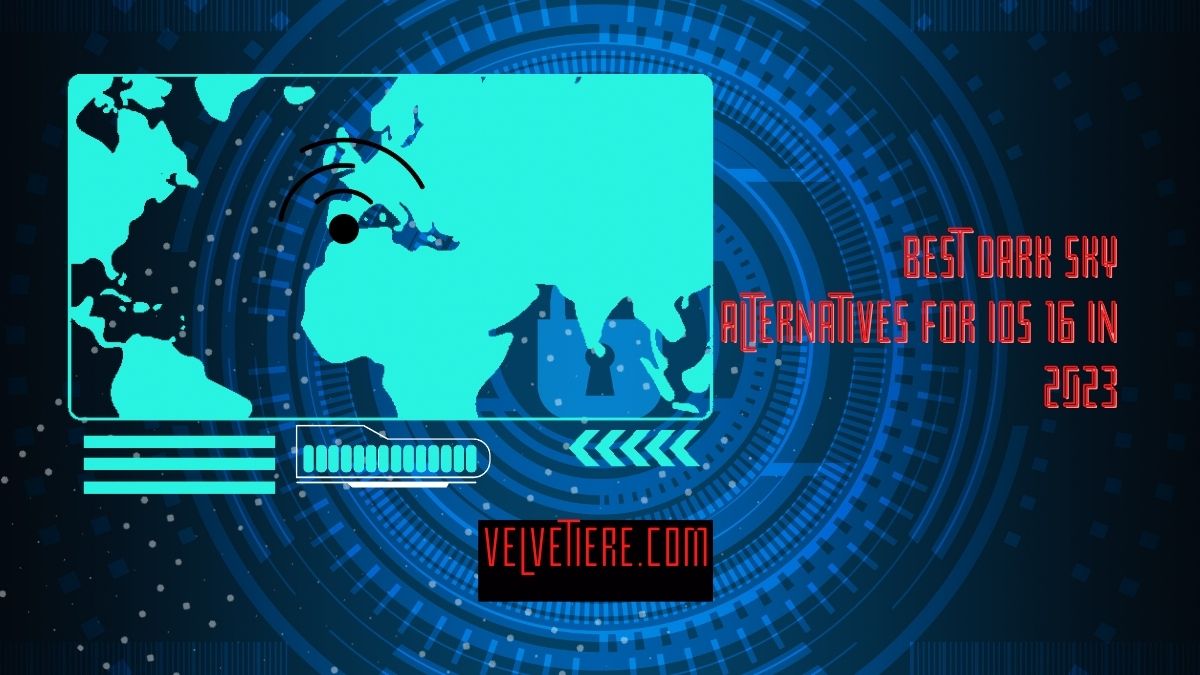 The much-beloved Dark Sky weather app has only a few days left to live at this point. It will be missed, but there are viable replacements, including one that is developed by Apple themselves.

If you like Dark Sky, you should definitely check out Apple’s default weather app when you have a chance. When compared to its previous, rudimentary state, it has undergone a significant transformation, the majority of which is due to the now-deceased and mourned Dark Sky.

Apple has updated the look and feel of its weather app, but the most significant update is the incorporation of features that were previously considered to be favourites into Dark Sky. Apple’s Weather app now includes the well-known “rain starting in 7 minutes, ending in 23 minutes” kind of notifications that were previously only available in Dark Sky’s app.

Be aware, however, that despite the fact that Weather provides the same degree of detail that Dark Sky did, it is neither more nor less accurate than the latter. If you live in an area where Dark Sky was consistently inaccurate, the Weather app that comes packaged with Apple devices will also be inaccurate.

How To Choose A Weather App

The benefits and drawbacks of Dark Sky should be taken into account while searching for a replacement. A developer of the software has claimed that the team’s efforts were primarily numerical and statistical rather than meteorological.

His prediction was that the first system “would never be able to predict six hours in the future, let alone a day from now.” Dark Sky changed throughout time, but it was never able to overcome its poor long-term reputation for accuracy.

The fact that Dark Sky was created with the use of models and algorithms is not unique, though. Modern weather apps often claim to provide precise, hyperlocal forecasts. As a result, you may find yourself

staring at an app claiming there is dazzling sunshine all around while a grey sky hides overhead, and you should take such claims with a grain of salt because forecasts are generally based on interpolation of weather centre data rather than direct measurements.

(In a similar vein, you’ll have a happier existence if you view prognostications of the future as educated estimates rather than absolute truths.)

Whether you’re a devoted Dark Sky fan or just intrigued by the concept of a beautiful, intuitive weather app, there are a few things to keep in mind while you browse the App Store. You need a weather app that is straightforward and easy to understand, and

ideally one that allows you to change the data source if the one it first uses is unreliable (thereby potentially removing hyperlocal accuracy problems).

Don’t be surprised if your favourite weather app requires a monthly in-app purchase (IAP) to keep the lights on, as this is a necessary cost given the high cost of weather data.

The creator of the CARROT Weather app, Brian Mueller, stated in an interview with AppleInsider that he has particularly created what he refers to as a “inline layout” in order to help users of the Dark Sky app feel more comfortable.

According to what he has said, “Inline has a familiar vertical layout [to Dark Sky], with a tiny radar map, a data point picker, and inline daily details.” “All the users need to do to add the Inline layout is visit the Layout Gallery. After that, they may further edit the layout to make CARROT’s interface work well for them.”

In addition to this, CARROT Weather is currently providing a discount for the very first time to new users who have the Dark Sky app installed on their iPhones.

According to Mueller, “[for] a limited time, new users who have Dark Sky installed on their iPhones will be offered a special one-time-only discount of 25% off Premium Ultra during onboarding – $29.99/year (with a 7-day free trial) instead of $39.99/year.” This promotion is only available for a limited time.

Note that while Carrot Weather is available without charge, certain services are only accessible through paid memberships, which range in price from $14.99 per month to $29.99 per year.

Ventusky provides you with a wealth of information at a look by utilising an easy-to-understand approach called “weather layers.” You can, for instance, conduct a speedy search for the current temperature as well as temperature anomalies, cloud cover, radar readings, snow cover, the dew point, air quality, and more.

In addition to that, it offers two distinct widgets, one each for the forecast and the radar, in a variety of sizes.

One of the best weather applications available on the App Store is called Weather Underground, and people all over the world use it to track temperature changes.

The free version of Weather Underground is financed by advertisements. Users have the option to pay either $1.99 annually to remove advertisements or $19.99 annually or $3.99 monthly to subscribe to a service that includes premium features.

Geometric Weather is one of the greatest weather apps available if you prefer apps that are lightweight and basic. Temperature and air quality readings are provided in real time, as well as a prediction for the next two weeks and local warnings in the event of severe weather.

In addition, Geometric Weather obtains its data from AccuWeather rather than OpenWeatherMap, which is the source utilised by the vast majority of other free weather apps. There are claims that AccuWeather provides more accurate forecasts than apps that use OpenWeatherMap.

However, there is a catch to utilising Geometric Weather, which is that although it is free and does not contain any advertisements, it is still only available as a TestFlight app. However, a public version is already available for download on the Play store for users of Android devices; therefore, we can only hope that it will soon be available for download on the App Store for iOS devices.

famous weather forecasting app The sun has set on Dark Sky. The catch is that we have no idea when that will be. In this roundup, we explain why this is a bad idea (even though we’re fans) and what you can do instead if Apple decides to shut down the service.

As a result of a successful Kickstarter effort, the first Dark Sky was released in 2012. Its focus was narrowed to the upcoming hour so as not to be distracted by trying to match the functionality of other, more generic weather apps.

Dark Sky’s hyperlocal forecasts tell you if venturing outside would result in a soaking in half an hour, and its map view dazzles with neon clouds billowing over grey lines against a jet-black background, ignoring everything but the immediate future.

Sujay Patil
Myself Sujay Patil, I aim to cover the latest trends in the entertainment industry with my own unique perspective thrown in for a good measure. I love dogs and reading about topics ranging from sports to science and technology. I am final year Engineering student.
RELATED ARTICLES
Technology