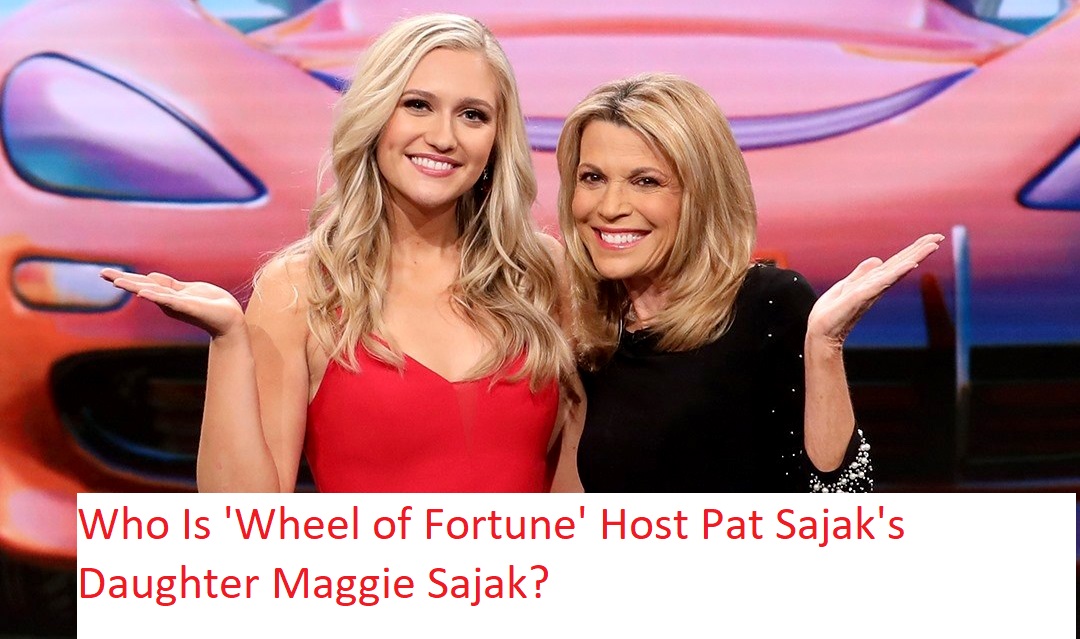 Pat Sajak’s kids have only known him as the Wheel of Fortune host for the past four decades. Indeed, one of them is now going to be appearing on the program herself.

Maggie Sajak, Pat’s daughter, was recently hired as an online media consultant for Wheel of Fortune.  Lesly Brown, a photographer and Pat’s wife, is her mother. Patrick Sajak, the couple’s 30-year-old son, completes the family.

According to Deadline’s report, Maggie’s new position is just one of several adjustments made to the show’s formula for its upcoming 39th season. (There have been reruns of the show since at least 1975.)

The 26-year-old has been in the spotlight before, but her new role on Wheel of Fortune will bring her to a wider audience. She has also modeled denim for Teen Vogue and followed in Vanna White’s footsteps as the letter-revealer on Wheel of Fortune.

Continue reading to learn about Maggie’s new job. Maggie will reportedly be working as a social correspondent for Wheel of Fortune’s social media accounts, including Instagram, Twitter, Facebook, TikTok, and the official website, in her new role as an online media consultant, as reported by Deadline.

“I’m excited about the opportunity to bring an insider’s look at the show with new behind-the-scenes features, interviews, videos, and insights,” Maggie said in a statement on the show’s website.

The cast and crew of Wheel of Fortune have always felt like a second family to me, so I couldn’t be happier to join them on set.

Country music singer Maggie Marie Sajak was born in the United States on January 5, 1995. She was born to Pat Sajak, host of the game show Wheel of Fortune, and his wife, the photographer Lesly Brown Sajak.

In terms of music, she is reminiscent of Michelle Branch and Jewel, with hints of Sheryl Crow, Carrie Underwood, and Eva Cassidy.

Sajak was born and raised in the Severna Park region of Maryland. At the age of 12, she picked up a guitar.

To celebrate her 17th birthday, Sajak’s video was shown on the January 3, 2012 episode of Wheel of Fortune. While in Nashville in 2013, Sajak wrote and recorded “Live Out Loud” for a young woman named Muriel Walters from Maryland who was battling cancer. One of her songs was then used in the season finale of Sweet Home Alabama.

In 2013, she enrolled as a first-year student at Princeton. She also participated in a Teen Vogue photo shoot. While Vanna White’s father was recovering from surgery, she hosted Wheel of Fortune while Sajak turned the letters. This occurred the week of January 6-10, 2020.

Sajak became a social correspondent for the Wheel show in the upcoming 2021–2022.

What Is The Point Of Having Pat Sajak’s Daughter Appear On The Show?

Maggie Sajak, Pat Sajak’s daughter, appeared on Wheel of Fortune in late 2019, while her father was in the hospital. Vanna White replaced Pat as host, while Maggie handled the guest letter-turning duties.

Maggie remembers that White visited the Sajak household to get her ready to step into her mother’s shoes.

Maggie revealed to Yahoo! Entertainment, “She gave me a little tutorial, like the one on our refrigerator, on how to press the letters and how hard to press them.”

She was very patient with me as I learned, and I know that she had a lot on her plate that week, filling in for my dad. Thus, I am very happy that we were able to share a novel experience together. Are destined to succeed as a team.

How Did Maggie Sajak Get Her Job?

Maggie Sajak is incredibly talented, but she only got the job because her father is Pat Sajak. As she explained, her father was “really happy that it was something we could have in the family because it was such a crazy time” when she stepped in for Vanna White when Pat had a medical emergency.

Because of the urgency of the situation, it was necessary to streamline operations and keep things moving forward. I believe that made a big impact on him.

Who Is Maggie On Wheel Of Fortune?

Maggie Sajak covers the social scene for Wheel of Fortune. “I’m excited to have the opportunity to take an insider’s look at the show with new behind-the-scenes features, interviews, videos, and insights,” she said in a statement about her role.

I’m so happy to be a part of Wheel of Fortune’s wonderful family of employees and volunteers.

Wheel of Fortune’s Maggie Sajak covers the social scene. In a statement, she said, “I’m excited to have the opportunity to take an insider’s look at the show with new behind-the-scenes features, interviews, videos, and insights.”

I’m so happy to be a part of the Wheel of Fortune family; the cast and crew have always made me feel like part of the family.

What does Pat Sajak’s daughter Maggie do for a living?

Maggie Marie Sajak is a singer from the United States of America who was born on January 5, 1995. She was born to photographer father Pat Sajak and TV host mother Lesly Brown Sajak.

What is Pat Sajak’s annual salary?

For many years, Sajak presided over the popular game show Wheel of Fortune. Pat’s yearly salary for his role on “Wheel” is $14 million.