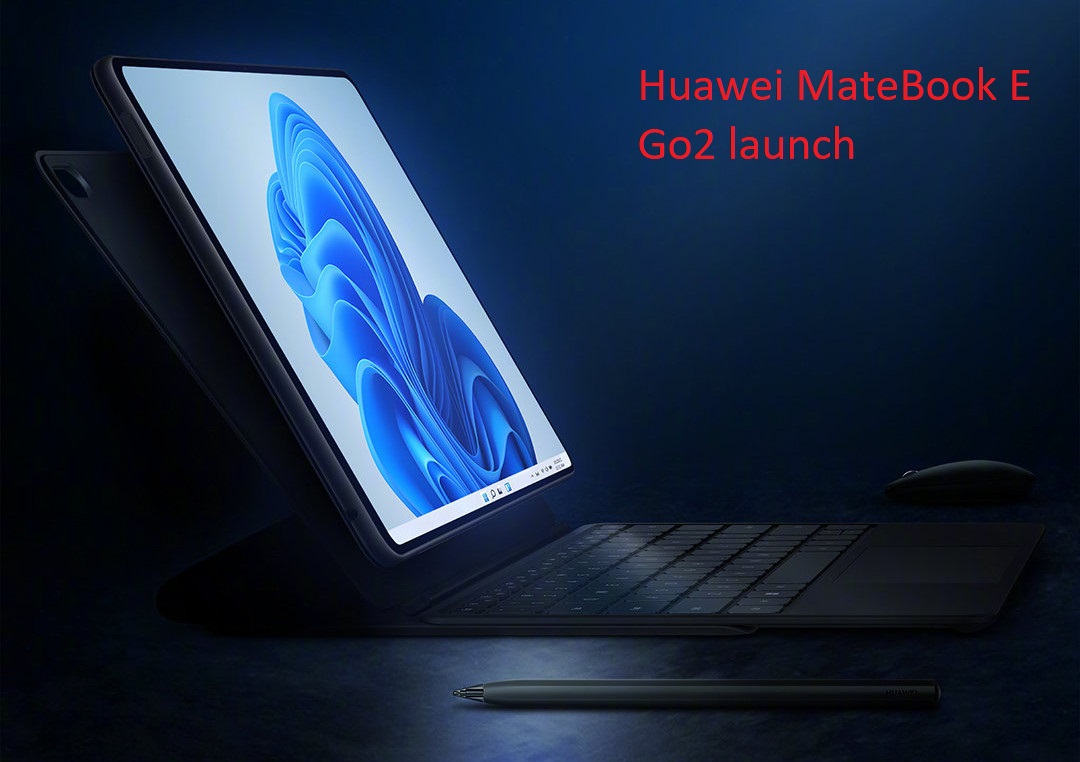 Huawei’s new Matebook has been praised for its “vibrant, flexible, and multifunctional” design. As the image proclaims, the new PC will come standard with Windows 11 and a detachable keyboard for convenience. There’s a tiny touchpad built inside the keyboard as well.

The MateBook E Go 2-in-1 supports input from both the keyboard and Huawei’s M-Pencil pen, which can be stored on the tablet’s side when not in use. The MateBook E Go comes in either black or white, and either a black or pink keyboard, but there may be more.

By the middle of August, Huawei had its GK-W* laptop 3C-approved. One tech writer referred to it as the MateBook E GO, although official certification documents reveal that it can handle 65W rapid charging.

The next MateBook, as reported by Weibo blogger @Wangzai Baishitong on August 15th, would use a Snapdragon 8cx Gen 3 processor.

The Snapdragon 8cx Gen 3 from Qualcomm, a system-on-a-chip designed specifically for usage in personal computers, introduced at the tail end of 2021.

The chip, constructed with a 5nm technology, designed to utilized in portable electronic devices such as laptops and tablets. This processor is the first commercially available 5nm microprocessor for the Windows platform.

When it comes to LTE connectivity, though, the entry-level device uses the Gen 2 version of the same chipset. Similarly to the MateBook E 2021, this variant also includes a 65W charger and a 45.8 Wh battery.

At last, the 16 GB/512 GB Performance edition (powered by Snapdragon 8cx Gen 3) costs around €794. (5.499 yuan). Whether or not they will enter the global market and how they would do so is currently unclear.

Huawei announced a new 2-in-1 tablet/laptop as part of its MWC product lineup. As before, it’s dubbed the MateBook E, although this time around the screen an OLED rather than an LCD. Having debuted in China a few months ago, this gadget has finally made its way over the ocean to the continent of Europe.

The 12.6-inch OLED display uses up 90.0 percent of the frontal area (thanks to narrow bezels), and it compatible with Huawei’s updated M-Pencil stylus.

The MateBook E is small enough to fit in the palm of your hand and light enough to carry around with you. It’s about as thin as a smartphone (at 7.99mm) and has rounded corners for a secure hold.

It has an 11th generation Intel Core processor, Intel Iris X graphics, up to 16GB of RAM, and 512GB of storage space on the inside. The computer can purchased in i3, i5, and i7 iterations of the chipset.

It’s a Windows 11 machine, so you can pinch and zoom on the touchscreen, among other features you might expect from a modern operating system.

The MateBook E’s keyboard is removable and features a trackpad and compact profile; it also doubles as a kickstand with multiple viewing angles.

A total of four microphones and speakers included inside the device to eliminate background noise during video chats.

Other controls and connectors include a USB-C port that works with Thunderbolt 4 and DisplayPort, allowing for the use of up to two 4K screens. The power button also doubles as a fingerprint reader.

As with Huawei’s past MWC unveilings, the MateBook E meant to function inside the company’s broader ecosystem.

Through the Super Device feature, you can effortlessly link up with headphones for listening or with Huawei phones for instantaneous file and message sharing.

Is Huawei MateBook a good buy?

The 2021 Huawei MateBook D15, fortunately, appears to meet these exacting standards. You may have this simple laptop for a reasonable price, and it has decent proportions, decent build quality, decent specifications, and a decent design.

Is the Huawei laptop fast?

In contrast, the HUAWEI MateBook 13 and MateBook X Pro have cutting-edge 10th Generation Intel Core i7-10510U processors. Its maximum clock speed of 4.9 GHz9, or 4.9 billion cycles per second, means that even the most resource-intensive programs will run quickly and efficiently.