Google Was In Talks To Buy CPU Startup Nuvia Before Qualcomm What Would Google/Nuvia Look Like? 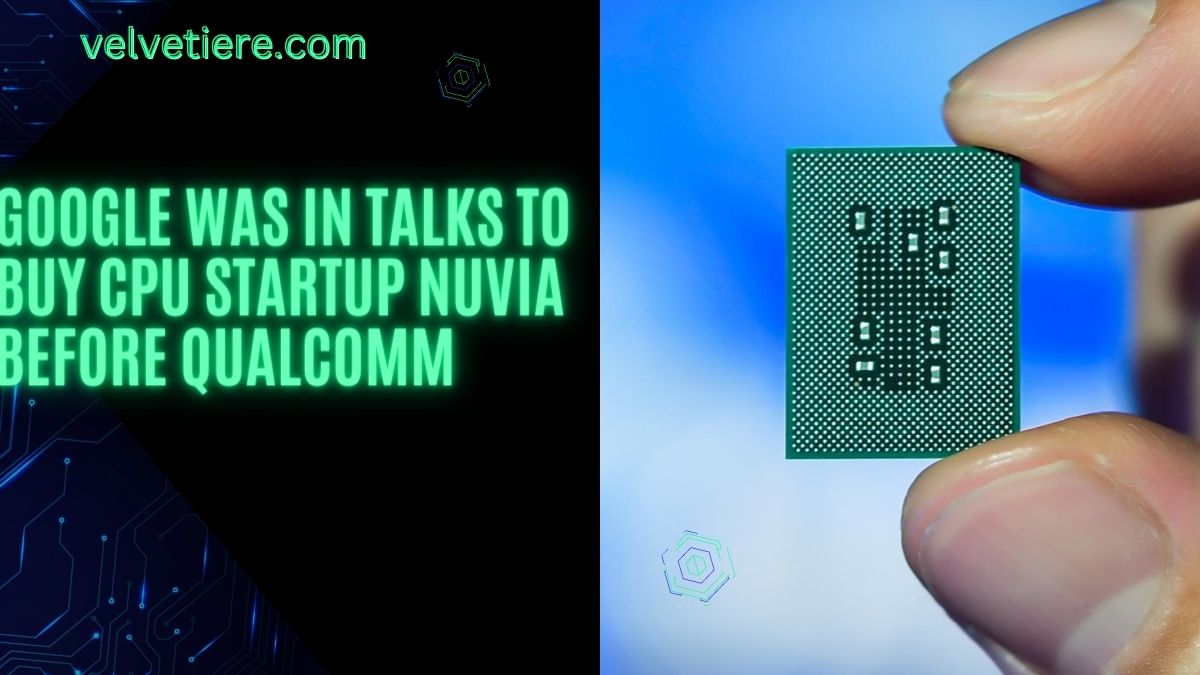 The company has made significant advances in the TPU space, but it appears that it also sought to acquire additional specialised CPU knowledge but was unsuccessful in doing so.

The social media platform Nuvia might have been of interest to Google. Although Apple’s A and M series of processors feature some of the most efficient architectures in the industry, the search giant appears to be just getting started with its Tensor chip project.

However, while the company’s chips excel in the Pixel phone and Google Pixel Tablet, they are no match for the desktop-class CPUs offered by Apple, Intel, and Qualcomm in laptops and other, larger form factors.

Nuvia might have been useful in this situation. They specialise in high-performance but energy-conserving desktop CPUs. In an effort to compete with Apple’s M1 processor, Qualcomm is rumoured to be working on releasing a 12-core high-performance product developed in-house by the recently acquired firm.

If this processor had been available when Google first introduced its now-defunct Pixelbook series, those laptops would have quickly become market leaders and helped push Chrome OS closer to parity with Apple’s and Microsoft’s offerings.

However, any Google device would benefit from a more powerful and efficient CPU, and Google’s phones in particular might make great leaps in durability with such technology.

Nuvia, a startup that developed unique central processing units, was purchased by Qualcomm in 2021, and the technology that Nuvia developed is scheduled to make its debut in Snapdragon chipsets in 2023. However, it was revealed that another significant corporation was engaged in acquisition talks with the company.

Nuvia was established in 2019 by individuals who had previously worked as chip engineers for Apple. The company asserts that its bespoke Phoenix CPU will provide superior single-core performance in comparison to chipsets such as the Apple A13,

the Snapdragon 865, and the AMD Ryzen 4700U Zen 2 processor. Since then, Qualcomm has maintained that the forthcoming Oryon central processing unit (CPU) based on Nuvia will provide a “new level of performance.”

A particularly interesting “what-if” scenario to consider is one in which Google acquires Nuvia. It is reasonable to assume that Google would have incorporated the startup’s bespoke CPUs into its Tensor family of processors if it had the opportunity.

Since the most current Tensor G2 (used in the Pixel 7 series) relied on Arm’s older, off-the-shelf Cortex-X1, Cortex-A78, and Cortex-A55 CPU cores, this would likely constitute a shift to the cutting edge for the Tensor series.

But Nuvia under Google also raises many questions. For instance, Samsung LSI is currently responsible for the design and manufacturing of Google’s Tensor chips. These processors share a significant amount of genetic material with Samsung’s Exynos system-on-chips (SoCs).

It is possible that the process of developing a chip would become more difficult if bespoke CPU cores were added to the mix along with the custom TPU that was already present. After all, this would imply that Google’s Tensor chipsets will include a bespoke CPU and TPU in addition to an Arm GPU and a modem manufactured by Samsung.

You also have to question if Google will licence out its Nuvia CPU technology to Samsung as part of a deal, which would result in Exynos chipsets including bespoke CPUs. Despite the fact that Samsung LSI makes Tensor SoCs using this technology, Google’s TPU silicon is not used for machine learning in Exynos CPUs. This is something to keep in mind.

The price that Google would have to pay to acquire Nuvia is most certainly going to be higher than the $1.4 billion that Qualcomm paid for the business. In order to optimise and create CPUs and chipsets, the

Mountain View company would need to bring in a significant amount of resources and personnel, whereas a company like Qualcomm has a significant number of additional engineers and associated resources.

There is a good reason why Google now works closely with Samsung on the design and development of its chips. It is more cost effective than if you did the majority of the work yourself.

In the past, Google has also had a reputation for destroying hardware and software on what appears to be a whim. This practise continues to this day. This does not appear to be the case for the company’s mobile division, since it has continued to offer only products from the Pixel range since 2016.

In addition, the Pixel 6 and Pixel 7 series give the impression that Google has at long last found its footing and is concentrating more than ever before on mobile devices. However, taking into account the corporation as a whole, it seems likely that Qualcomm will prove to be a more suitable home for Nuvia in the long run.

When compared to Google’s chips, which are solely available inside of Google’s own phones, Qualcomm’s chipsets can be purchased by a wide variety of different manufacturers. Therefore, an increase in the variety of options available to consumers is anticipated to result from Qualcomm acquiring Nuvia.

As of 2023, Qualcomm’s Snapdragon chipsets will feature Nuvia’s unique CPU technology, which was bought from the startup in 2021. But it came out that talks to acquire the company were already underway with another significant corporation.

The Information (h/t: 9to5Google) cites a source familiar with the matter and alleges that Google, Intel, and Microsoft were all interested in acquiring Nuvia before Qualcomm rushed in and purchased the company for $1.4 billion.

Sujay Patil
Myself Sujay Patil, I aim to cover the latest trends in the entertainment industry with my own unique perspective thrown in for a good measure. I love dogs and reading about topics ranging from sports to science and technology. I am final year Engineering student.
RELATED ARTICLES
Technology