Conspiracy Narratives South Of The Border 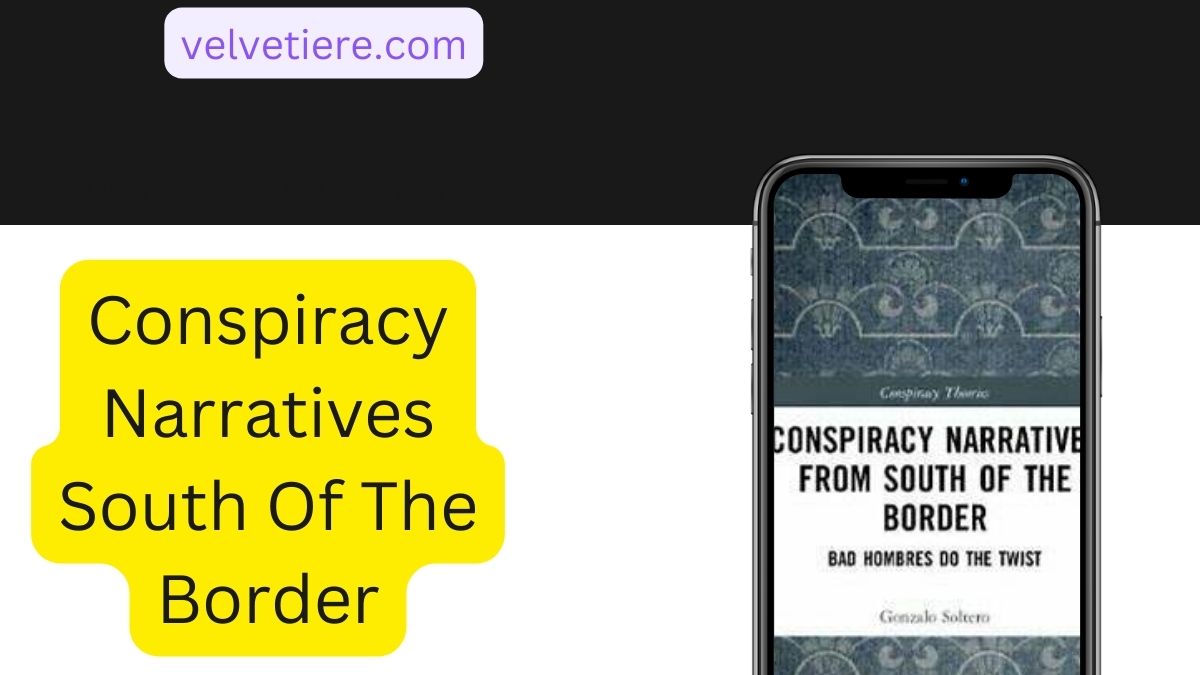 This volume delves into four different conspiracy theories originating in Mexico, each of which represents a step forward in the field of conspiracy studies. They include stories concerning Lee Harvey Oswald’s trip to Mexico City just before he allegedly shot John F. Kennedy, as well as stories about street gangs that operate across international borders and how some of our darkest concerns are projected into them.

This volume delves into four different conspiracy theories originating in Mexico, each of which represents a step forward in the field of conspiracy studies. They include stories concerning Lee Harvey Oswald’s trip to Mexico City just before he allegedly shot John F. Kennedy, as well as stories about street gangs that operate across international borders and how some of our darkest concerns are projected into them.

Because of its complicated social environment and its close proximity to the United States, Mexico is a prime location for the proliferation of conspiracy theories. This proximity not only made it a strategic platform during the Cold War, but it also makes it a land of bad hombres in modern times, and Donald Trump believes that this land should be protected by a wall.

Conspiracy theories are inherently narrative in nature, conveying information to us about the state of the world as well as the people who are responsible for various states of affairs. Because of the captivating nature of these narratives, they are increasingly being used as the basis for entertainment and even political discourse.

This volume examines the conspiratorial tales that are prevalent in Mexican culture and explains how such narratives construct meaning in a range of distinct social and political circumstances.

Researchers interested in conspiracy theories, crime and its portrayals, Mexican politics and society, and US–Latin American ties will find this book to be of interest.

Conspiracy theories have several traits in common with rumours and urban legends. Conspiracy culture is nested in conspiracy narratives and has them as a default filter for reality, which becomes more mimetical to these stories.

The distinction of both modes of cognition and the realities they help attain is fundamental regarding conspiracy narratives because they are frequently weighed upon their ‘truth’ status, which is rarely defined.

2. Who Is Michael Rapaport?

This chapter discusses the crime legends in close detail using different categories to move forward the analysis. It analyses the paratexts that encircle conspiracy legends when they are sent by email. The basic idea of triple mimesis extended to culture is that text and context model each other through the collective interaction of individuals.

Paratexts allow a privileged view at the very moment when this happens, when narratives are socialised by people, and thus can be very telling for the aims of understanding what makes people believe in and share conspiracy narratives.

Urban legends that spread through email tend to be short, and the paratexts circling them are even more so, consisting sometimes of a single word in the subject to a maximum of a few lines in the preface. The uncertainty produced by complex social environments clearly displays a loss of institutional authority manifest in the two urban legends and their process of transmission.

Conspiracy narratives (conspiracy theories, urban legends and rumours that warn Us about Them) act as causal explanations that help make sense of complexity. Conspiracy narratives link interspersed situations, events and actors, weaving a plot among them in cause and effect relationships. \

observations about the transmission of crime legends by email a decade and a half earlier. In Mexico, some of the scams have been more narrative in nature.

Conspiracy Narratives South of the Border Contains Chapter 1 To Chapter2