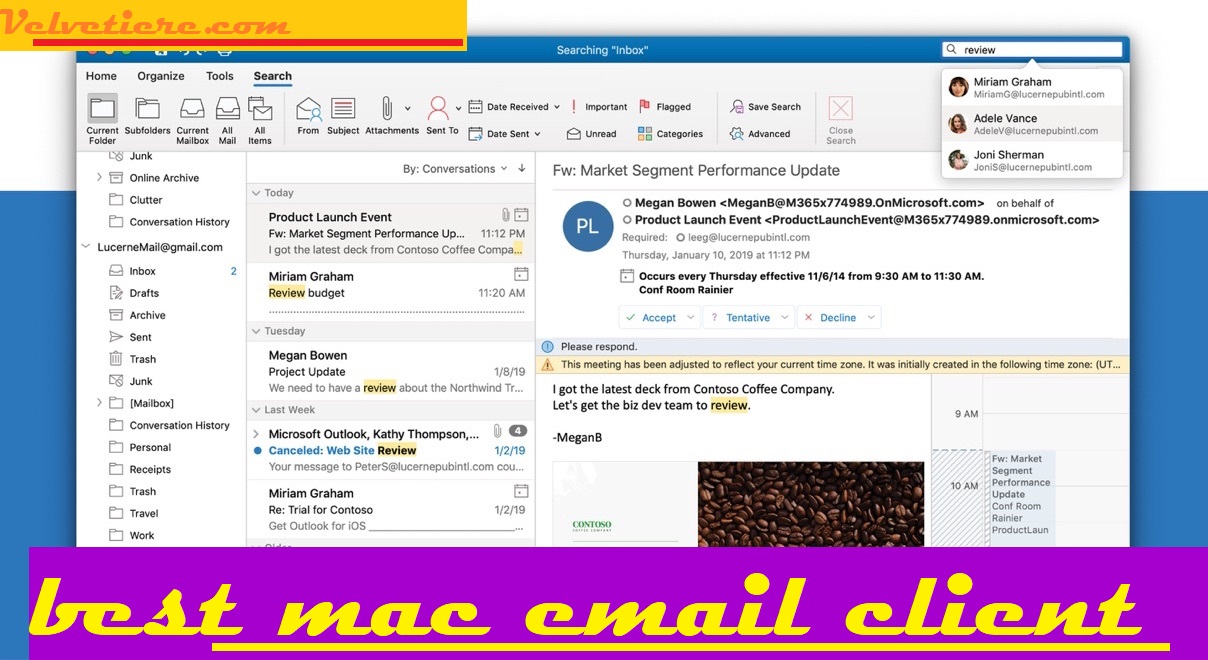 Even with the proliferation of instant messaging apps, project management software, and chat-based ecosystems, email is still a vital means of communication. When I set up a new Mac, one of the first things I do is sign into iCloud (and email).

Having an email address serves as a universal digital identifier because it is required to sign up for nearly all online services. Despite the widespread adoption of web-based email clients like Gmail.

Some Mac users still prefer the convenience of a dedicated desktop app for accessing all of their email accounts in one place and making use of the full range of available desktop plugins. The question now is, which Mac app is ideal for sending and receiving emails?

Midway through the 1990s, when AOL was still charging $2.95 per hour, I signed up for my first email account. When my parents finally upgraded to a faster Internet service, I stayed with AOL until they got me a @comcast.net account.

Just before I dive into the various Mac email clients, there’s one more I think users of Google Workspace and Gmail will appreciate. Check out Boxy if you have multiple Gmail accounts and find the Gmail web interface to be adequate.

It’s a Gmail client designed specifically for macOS and it works with G-Suite as well. When compared to using multiple tabs, this solution is much more streamlined. Multiple Google accounts have become increasingly difficult to manage over the years.

One of the most surprising aspects of how I use email is that I seem to be moving in the opposite direction from where technology is heading. Although I favored web-based email initially, my preference shifted to app-based clients over time.

Also, I prefer native apps, which means I’m integrating multiple accounts (including my personal iCloud and several Google Workspace accounts) into the same app. Why? I believe iOS’s default preference for native apps is a major factor. We are transitioning all desktop functions to the web.

And yet, if I had to choose between the Mac and iOS, it would be the Mac every time. My Mac allows me to get my “heavy lifting” work done in record time. As I mentioned before, I am consolidating multiple iCloud and Google Workspace email accounts into a single app.

So I prefer not to use webmail. I’d rather have a single app than four separate web-based ones. Don’t start shouting about how much better Gmail’s web interface is because I’m not considering web-based solutions. So, I’ll try to address the question, “What is the best email app for the Mac?”

When it comes to creating apps, Apple will always be at a disadvantage because it must cater to the greatest possible audience. They’re making apps for both advanced users and people who are just getting started with computers.

Apple Mail seems to have changed little in the time since I first used it in OS X Tiger. When viewed from a distance, Apple Mail appears to fulfil all expectations.

By adding your mailboxes, it constructs a classic-looking email client (complete with a universal inbox), works with all the major services (iCloud, Gmail, Yahoo, Hotmail, Exchange, etc.), and performs admirably.

In November of last year, I published an article arguing that if Apple is so concerned with keeping things simple, it is high time for the company to introduce a professional email app.

When it comes to email, Spike is one of the most original ideas I’ve seen in years. In doing so, it mimics the aesthetic of popular messaging apps like iMessage and Facebook Messenger within the realm of email.

A large percentage of my inbox is made up of quick messages (Slack-like), and Spike has a layout that makes that much easier. It eliminates distractions like headers and signatures so that you can concentrate on the text.

In addition, it has a priority inbox that helps you focus on the most pressing messages first. It consolidates all of your email accounts, including iCloud, Yahoo, Google Workspace, and Outlook, into one convenient location.

Everything from rich text and links to comments, file sharing and collaboration, and link tracking is included. Spike’s task function is ideal if you use a simple to-do list or are a heavy user of Apple Reminders, but it lacks the power of Things when it comes to project management.

Spike’s in-app voice messaging feature comes in handy when you need to provide feedback on a draught document or mockup but would rather not call yet another Zoom meeting.

For individual users, Spike is free, while businesses can choose from a number of subscription plans. Spike is available for no cost on the App Store.

Gmail. Google’s services are ideal for those who use an Android phone, but they also function properly on iPhones. Free Gmail accounts from Google come with IMAP support and 15 GB of storage space.

Anyone who creates an Apple ID can use iCloud Mail at no cost. It has plenty of space, IMAP access, and a sleek, user-friendly interface. Our in-depth look at Apple’s iCloud Mail service covers all of the features available from Apple’s email platform.

For More Entertainment & News related Articles, You Can Check Our Website: Velvetiere.com

William Davis
William here, I'm a born and raised New Jerseyan who's always been interested in writing. After college, I moved to Canada to pursue a career in SAAS development. I've always been an avid fisherman, and enjoy spending my free time outdoors. I'm also a huge fan of TV shows, and often spend my evenings binge-watching my favorites.
RELATED ARTICLES
Application

When Is National St. Catherine Day?, Know Every Thing